A blueprint for great service 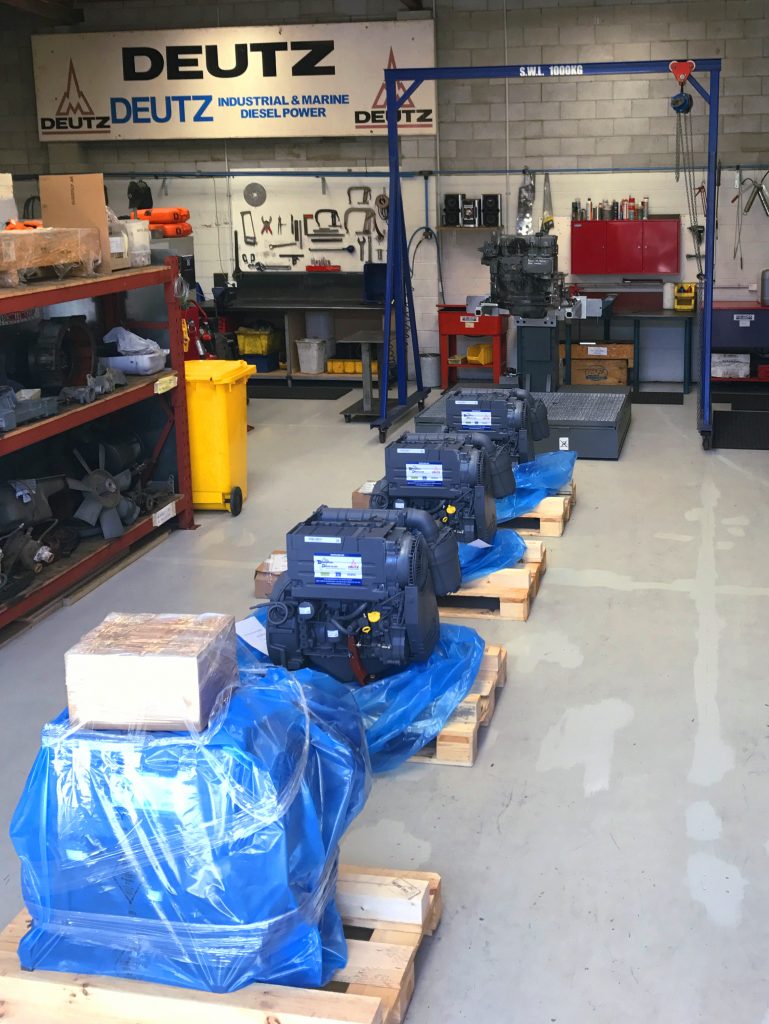 The Blueprint Diesel workshop on a busy day readying brand new DEUTZ engines for supplying to a customer.

James has worked with DEUTZ engines since starting a Mechanical Engineering apprenticeship with Diesel Dundee in 1998. He was the first New Zealander to train in electronic engines and large marine engines at DEUTZ plants in Cologne and Mannheim, Germany.

Once qualified, James worked as an engineer on the luxury superyacht ‘Katana’, where he maintained the large main engines and travelled the world. After returning to New Zealand, he established Blueprint Diesel Company Ltd in 2005.

In 2010, James purchased Diesel Dundee and continued their DEUTZ Agency through Blueprint Diesel, which thrived and became a DEUTZ Key Dealership. “After having spent a lot of time in Germany, I wanted to bring my passion for DEUTZ engines to New Zealand,” James says. “I saw a fantastic opportunity.”

This lead to Blueprint Diesel being awarded the Best Performing Dealer at the Asia Pacific DEUTZ conference in 2015.

Blueprint Diesel specialises in DEUTZ engines for a range of applications such as construction, agriculture, rail, industrial, and marine. Its quality service technicians have learned from James’ specialised knowledge and have trained in DEUTZ engines in Germany, Singapore and Australia, as well as holding university qualifications.

The team boasts a range of diverse backgrounds, including a makeup artist, a Chinese mechanical engineering graduate, a professional musician, a marine engineer, a Jaguar car enthusiast and an international traveller and mother of two. All bring a multitude of skills and experience to their roles.

Business Development Manager Kendall Todd says James has a reputation in New Zealand as a problem solver, which rubs off on his staff. “If an engine breaks down, he loves working out the cause and always finds the solution,” she says.

The environment is also important to James, who has followed the development of global emissions standards. While New Zealand has no off-road emissions regulations, he is proud to have been the first DEUTZ Tier 4 Trained Key Dealer in New Zealand.

“We want to focus on the highest level of training in this area so we can support the market here to be in line with global emissions standards,” he says.

Working with DEUTZ engines is a big part of this. James says they have always been top quality, due to the company’s 150 years’ experience, German precision and fuel efficiency.

DEUTZ has been “brilliant” to work with for James, who says the relationship is “second to none” for quality, product service and support.

“Because we specialise in DEUTZ we want to do our best to create a great name for DEUTZ in New Zealand,” James says. “DEUTZ has a good reputation for quality, but there is the perception that European products are more expensive and lack support. Our goal is to change this perception by showing that we are the best in service.”