Every three years construction equipment manufacturers from around the world gather at CONEXPO in the Las Vegas Convention Center in the heart of the entertainment metropolis in the Nevada desert.

Headed for worldwide distribution in 2019 to meet the next EU Stage V emission standard, the compact TCD 5.0 produces 656 lb ft of torque via a design that uses less pipework and fewer components. 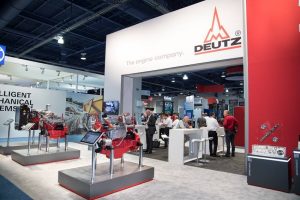 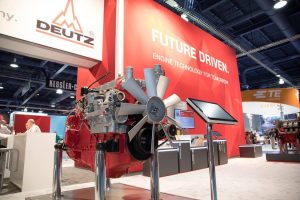 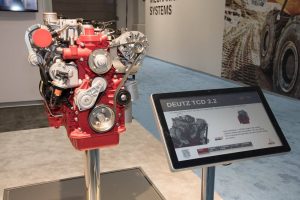 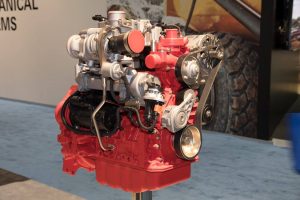 Earlier in the month, DEUTZ AG announced its consolidated financial results for 2016.

The level of new orders rose in the Construction Equipment, Material Handling and Agricultural Machinery application segments, and in the service business.

Here is a top-level overview of the results:

Dr Frank Hiller was appointed as a member of the Board of Management and its chairman with effect from 1 January 2017 – “We want to work together with our customers in stable, long-term partnerships and offer them assured and innovative technologies. Our objective is to further strengthen our market position and our commercial success and thus make ourselves more attractive to our customers and the capital markets,” said Dr Hiller.

Although DEUTZ anticipates that the market will stagnate in 2017, or perhaps grow slightly, it can already see early signs of a potential improvement in the market. A strong base effect has resulted from customers in Europe coming to the end of their inventories. Consequently, the company forecasts a marked increase in revenue.