Thanks to Bob, your choice of saw is clear-cut

A world-first concrete saw developed in Australia using a DEUTZ engine is set to hit local and overseas markets.

Bob Irvine’s Queensland-based Cleancut Construction Products invented the world’s first 4-wheel drive concrete saw, which is also the first to vacuum all its own waste as it cuts and complies with workplace health and safety lifting guidelines.

Large concrete saws have traditionally been imported. With his distributor, Traxx Construction Products, Bob hopes to manufacture in Australia for local and export markets. 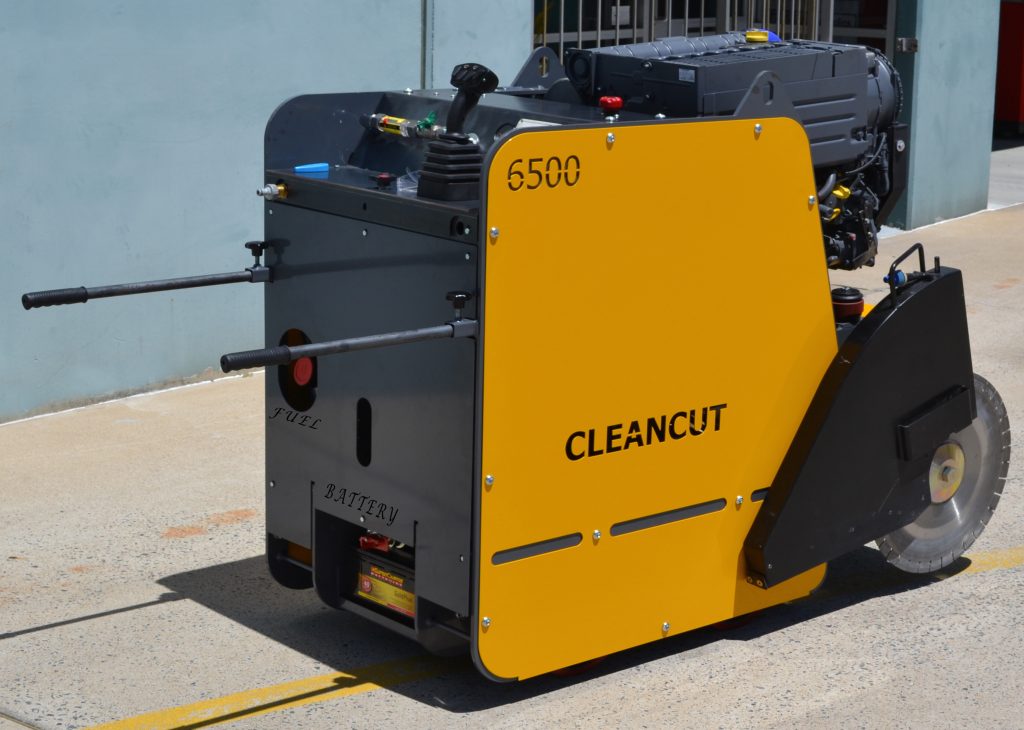 The back and side of the saw without the tiger eye.

“We expect a 61 HP model to be ready for market in the first half of 2018, followed by a larger model and a smaller model in due course,” he says.

The 61 HP machine is powered by a DEUTZ F4L2011 diesel motor. Bob says his decision was driven “mainly by price and the good name of DEUTZ as an engine supplier”. DEUTZ’S presence in Brisbane, near his Buddina base, also helped.

The saws attracted Federal Government support during the prototype phase due to their unique ability to clean up their own slurry while cutting with minimal slipping and vibration.

“All other saws of this size have been categorised as ‘extreme risk’, as their centre of gravity moves back towards the operator when larger blades are used,” Bob explains. “They are very heavy to lift and turn. The CLEANCUT saw’s patented lifting mechanism means that its centre of gravity moves vertically when it is raised, eliminating this problem and allowing easy maneuverability.”

“So much so that we now think of Ross as part of our small but committed team,” Bob says. “We are confident that this saw will attract significant sales, particularly with its workplace health and safety advantages, and we expect DEUTZ to be a big part of this story in the future. We’ve had a really good relationship.”